Dr. Goldstein earned his BS in Business from Cornell University in 1992 and his MD degree from Boston University School of Medicine, where he graduated with honors in 1996. He then came to Philadelphia, completing a year of general medical training at Thomas Jefferson University Hospital in 1997 where he was named Intern of the Year. That was followed by a three-year residency in ophthalmology at the University of Pennsylvania’s Scheie Eye Institute where he was awarded the top resident teaching award for three consecutive years. He was chosen to serve as chief resident in his final year. In 2002, he completed a two year pediatric & adult ophthalmic plastic and aesthetic  surgery fellowship based at Children’s Hospital of Philadelphia and the University of Pennsylvania. Dr. Goldstein was then appointed Assistant Professor of Ophthalmology at the University of Pennsylvania in 2002 where he served as the director of medical education for the department of ophthalmology and oversaw the Oculoplastic surgery division at the Philadelphia Veterans Hospital. He was awarded the 2003 Golden Apple award as outstanding Scheie Eye faculty teacher of the year.

In 2003, Dr. Goldstein shifted his energy and expertise to Tri-County Eye in Bucks County creating a first-rate oculoplastic service, serving patients of all ages! He has been an active teacher of Ophthalmic Plastic Surgery at Wills Eye Hospital in Philadelphia since 2005 and has clinical faculty appointments at both the University of Pennsylvania and the Jefferson Medical College. He served as the president of the Ophthalmic Club of Philadelphia in 2006 and was the founding President of Greater Philadelphia Ophthalmic Society in 2007. He has also served as President of the University of Pennsylvania Department of Ophthalmology Alumni association since 2009. Dr. Goldstein has been a member of the Pennsylvania Academy of Ophthalmology executive board since 2016, was one of 20 people from around the world chosen for the American Academy of Ophthalmology 2018-19 Leadership Development Program and most recently was elected to the executive board as Treasurer of the American Society of Ophthalmic & Plastic Surgery through 2022.

Dr. Goldstein is a distinguished  author in the medical literature with multiple articles and book chapters to his credit. He is a frequently lecturer regionally, nationally and internationally in the areas of Oculoplastic and aesthetic surgery. He is happily married for over 24 years to his college love and has three fantastic children. In his spare time he plays soccer, enjoys the outdoors, spends time with his family and is an avid hockey fan.

We value our patients' feedback.

Please take a moment and submit a review of Tri-Century Eye Care on Google. 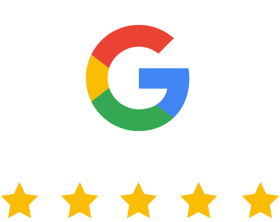 Contact Us
You are using an unsupported version of Internet Explorer. To ensure security, performance, and full functionality, please upgrade to an up-to-date browser.